Early Antiretroviral treatment (ART) is the most powerful intervention available to prevent HIV morbidity and mortality, particularly in the context of Malawi's health services with limited capacity to diagnose and manage HIV-related diseases. There is overwhelming evidence, including from Malawi, that early ART reduces the risk of TB and AIDS-defining illnesses. 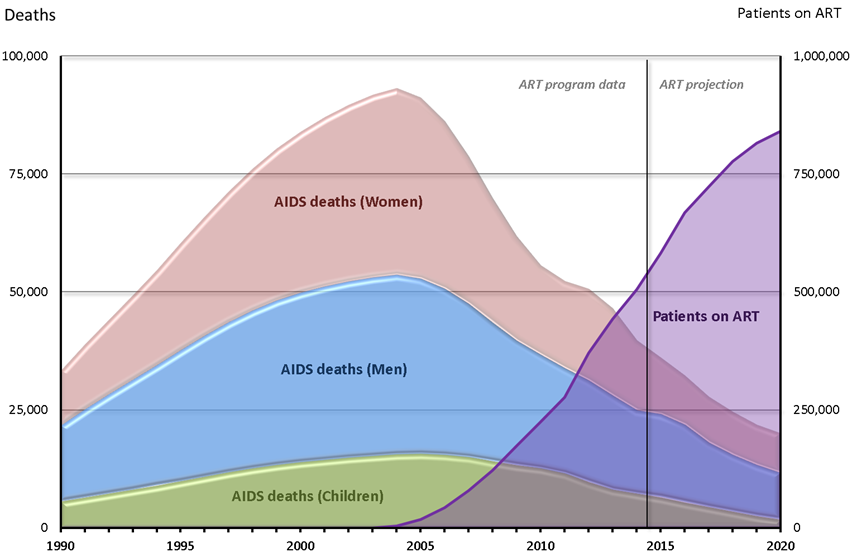 Malawi's rapid and successful ART scale-up from 2004 to 2014 has critically influenced the HIV epidemic, reducing mortality, morbidity, and transmission.

In the one decade since starting the national treatment program: